“A truly extraordinary person, very cultured and human. He got on well with everyone. We agreed on so many things... And it wasn’t easy, because he was ten years older than me.” 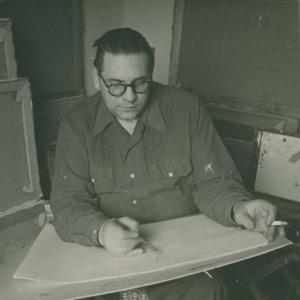 Seoane López, Luis (Buenos Aires, 1910; La Coruña, 1979). Painter, draughtsman, poster illustrator, designer, writer and cultural promoter, Seoane was the most outstanding intellectual and artist among the Galician exiles and one of the greatest of 20th-century Galicia.

After returning at the age of six to La Coruña with his parents, who were émigrés in Buenos Aires, he took his baccalaureate and studied Law in Santiago de Compostela, where in the late 1920s and the initial years of the Second Republic, he began his artistic training under the influence of the European avant-gardes of the time. He contributed with his drawings and etchings to the magazine Universitarios and the weeklies Claridad and Ser, as well as having his first exhibitions.

He was the most outstanding intellectual and artist among the Galician exiles, and one of the greatest in 20th-century Galicia.

He also participated with drawings and literary texts in other Galician magazines of the time, such as Yunque, Alento, Nós and Resol. He illustrated books of poems by Cunqueiro, Feliciano Rolán and Iglesia Alvariño and was an activist in the Spanish University Federation, Izquierda Republicana (the Republican Left) and the Galicianist Party. 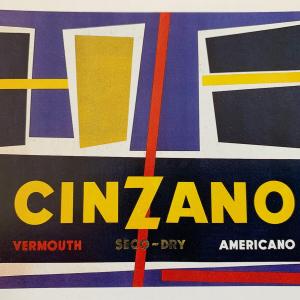 Following the military coup of July 1936, he went into exile to the Argentinean capital. It was there, in contact with the modern world and the global artistic avant-gardes, that he became a great theoretician of the plastic and visual arts, and a great painter, engraver, illustrator, designer and illustrator of posters. He exhibited his work in international biennales and in one-man exhibitions in Europe and the Americas.

Following the military coup of 1936, he went into exile to the Argentinean capital, where he developed his career in painting.

It was also in Buenos Aires where he worked as a writer (poetry, essays and plays) and a promoter and disseminator of Galician culture. In this respect it is important to highlight his work as editor of the magazine Galicia, published by the Galician Centre of Buenos Aires, as founder with Arturo Cuadrado of the collections Hórreo and Dorna in Emecé Editores and the publishers Nova (1942) and Botella al mar (1947), the magazines Correo Literario (1943; with Cuadrado and Lorenzo Varela) and Galicia Emigrante (1954-1959; supplemented by a radio programme of the same name, which was broadcast weekly until 1971), co-founder of the Galician Association of University Graduates, Writers and Artists (AGUEA; 1956) and founder of the publisher Editorial Citania.

Starting in the 1960s, Luís Seoane began to spend time in Galicia, staying with his wife Maruxa Fernández in Castro (Sada), where his friend Isaac Díaz Pardo prepared him a studio. This would lead to one of the most interesting projects in 20th-century Galicia: the Laboratorio de Formas (1963), an institution created to foster the cultural development of Galicia.

It began its activity with the rebirth of the ceramics factory of Sargadelos and with the creation of the Carlos Maside Museum, whose aims were the reconstruction of the history of Galician art based on the Artistic Renewal movement that arose in the 1920s and that was interrupted by the Civil War, as well as becoming a centre for information on the aesthetic ideas of Galicia and the movements of universal contemporary art.

The goal of the Laboratorio de Formas was to foster the cultural development of Galicia. 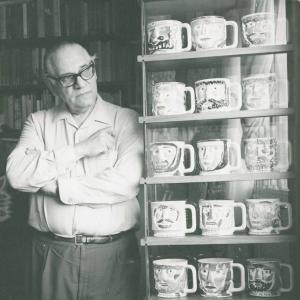 During these years, Seoane would collaborate actively with Ediciós do Castro. . He also created works as interesting as the collection of 18 ceramic head/jars of characters from the mediaeval history of Galicia (Castro, 1967). They were the product of his love for mediaeval Galicia, present in all his literary and artistic work, as a time when the collective action of the people had a great importance; and of the idea of converting ceramics into an educational instrument and that the history of Galicia could even be spread through shops.