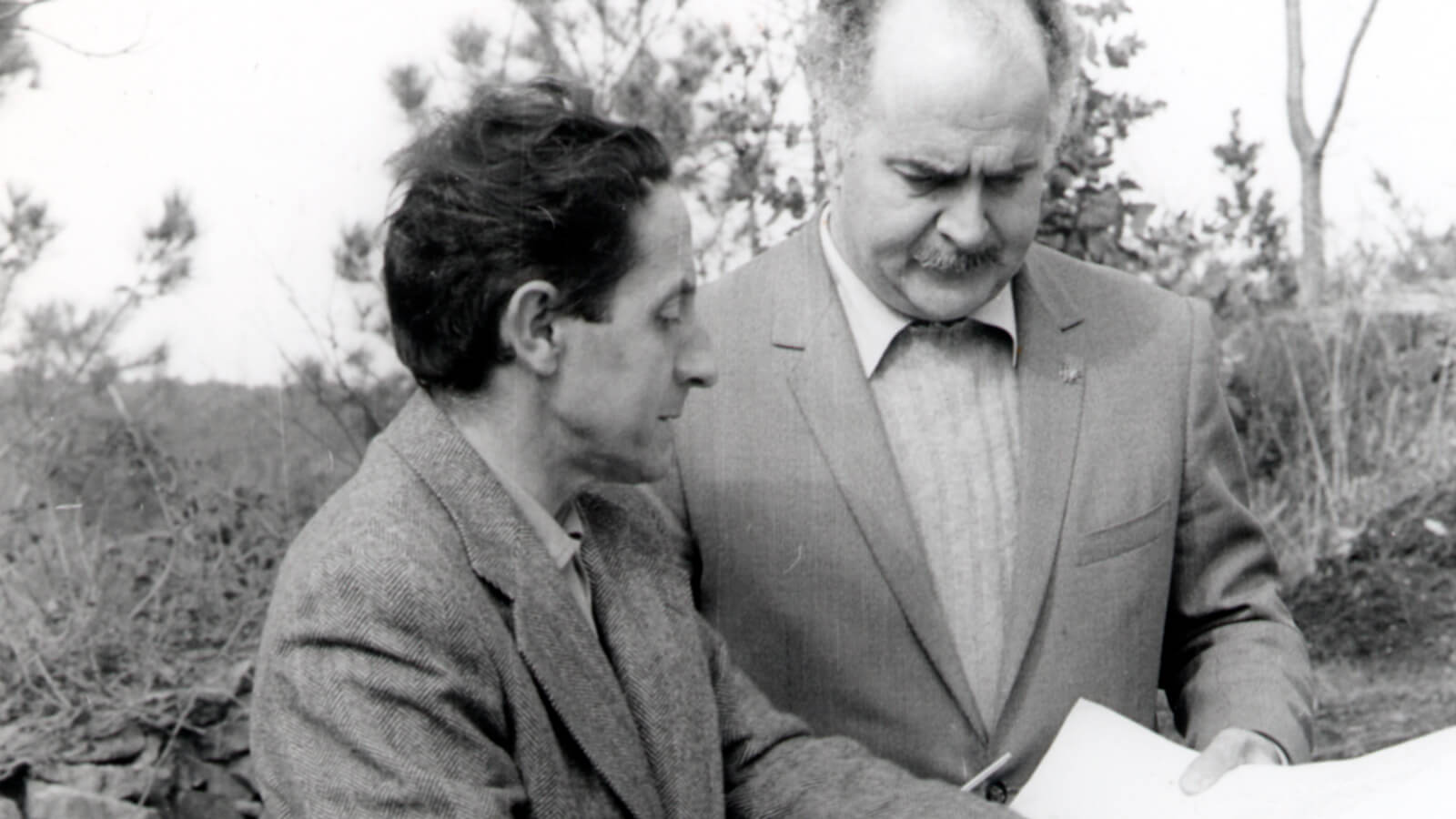 “He had already worked with us in the factory building in Castro, and we also knew him because when he was a student he spent time with us to find out about ceramics.”

Andrés Fernández-Albalat was a key figure in Galician architecture of the second half of the 20th century. He was the architect behind works as important as the Coca-Cola factory and offices (1960), the Seat Subsidiary (1964), the Monastery of the Passionate Fathers (1965) and the Equestrian Sporting Society (1967), the homes for fishermen in Sada (1967), the Factory of Sargadelos (1967), the Faculties of Mathematics and Biology of the University of Santiago (1978), the Santa Isabel covered swimming pool in Santiago de Compostela (1982), the Centre for Calculation and Services of Caixa Galicia (1983), the Conservatoire of La Coruña (1985), the Faculty of Education Sciences of the University of La Coruña, the Multi-Purpose Stadium of San Lázaro (today the Vero Boquete Stadium) in Santiago (1993) and the rehabilitation of the Castelo de Monterrei (1996).

He was the architect behind works as important as the Coca-Cola factory and offices (1960), the Seat Subsidiary (1964) or the Factory of Sargadelos (1967).

As an urban planner he was the author of one of the most ambitious and avant-garde joint urban planning projects of the territory between La Coruña and Ferrol, which he called at the time “La Ciudad de las Rías”.

Among the awards obtained for his work as architect are the Castelao Medal (1994), the Gold Medal from the University of La Coruña (2007), the ARQano Prize (2008) and the Galician Architecture Lifetime Career Prize from the Regional Government of Galicia (2016) for his architectural and urban planning work and for his activity as a cultural facilitator in Galicia.

Soon after it was created by Luís Soane and Isaac Díaz Pardo, Andrés Fernández-Albalat joined the Laboratorio de Formas project.

Soon after it was created by Luis Seoane and Isaac Díaz Pardo, Andrés Fernández-Albalat joined the Laboratorio de Formas project. As well as collaborating on many of the activities carried out by the Laboratorio, Albalat was the architect of the Sargadelos Factory building and also designed the Carlos Maside Museum (1970).