“The purpose was to support information and communication of all kinds that served Galicia and just causes.” 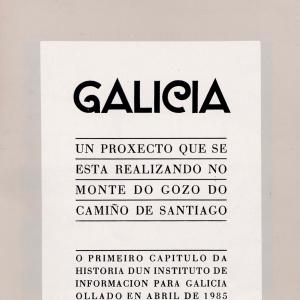 It was Lorenzo Varela who, according to Isaac Díaz Pardo, had the original idea for the Galician Institute for Information, which was set up with the aim of creating an independent Galician daily newspaper, preferably in Galician, which was committed to the country: “Galicia, periodical of the Galician Institute for Information”, as it appears in the by-laws.

The Galician Institute for Information was set up with the aim of creating Galicia: an independent Galician daily newspaper, in Galician, which was committed to the country. 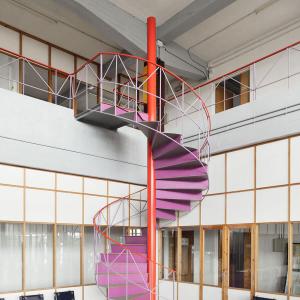 After a number of meetings headed up by Ramón Piñeiro at his house, with the participation of Lorenzo Varela, Seoane, Isaac Díaz Pardo, Celestino Fernández de la Vega and Rodríguez Pardo, the act of constitution Galician Institute for Information (IGI) was executed in the building of the Carlos Maside Museum. A total of 218 people took part, among them individual partners and group partners. After the enlargement, the figure was 325, and a council of nine members was appointed, chaired until his death by Ramón Piñeiro.

The financial contributions were in general small and not enough to go forward with the project for a daily publication, either initially or later on, when the construction of the headquarters of the IGI in Monxoi, Santiago de Compostela was completed. This was a building of 10,000 m² designed to house the daily newspaper, which also had meeting rooms, an archive, library, design workshop, mechanical workshop, a carpenter’s workshop, kitchen, meal area, bedrooms, swimming pool and an impressive circular underground auditorium with a movable stage and capacity for 600 people.

The financial contributions were in general small and not enough to go forward with the project for a daily publication, so it ended up becoming the cultural factory of the Sargadelos Group.

Although the idea of creating the newspaper was never discarded, the IGI, under the direction of Isaac as CEO, ended up becoming the cultural factory of the Sargadelos Group.

There were many activities and works carried out in the building: design of ceramic pieces, design, assembly and maintenance of the galleries, organisation and coordination of exhibitions, organisation of conferences, historical research work, documentation and library, conservation of important bibliographic and documentary collections related to our contemporary history and the publishing activities of Ediciós do Castro.

In addition, it acted as the headquarters for the activities of the Seminario de Estudos Galegos and the Galician Association of Publishers, as well as those of other Galician groups involved in culture (conferences, music, theatre, etc.) or social activism. In 2006, the IGI began to wind up its operations when some of the partners of the Sargadelos Group removed Isaac Diaz Pardo from the positions of chairman of the boards of directors of the ceramics factories of Castro and Sargadelos. It finally closed its doors in 2011, when Díaz Pardo was removed as CEO.