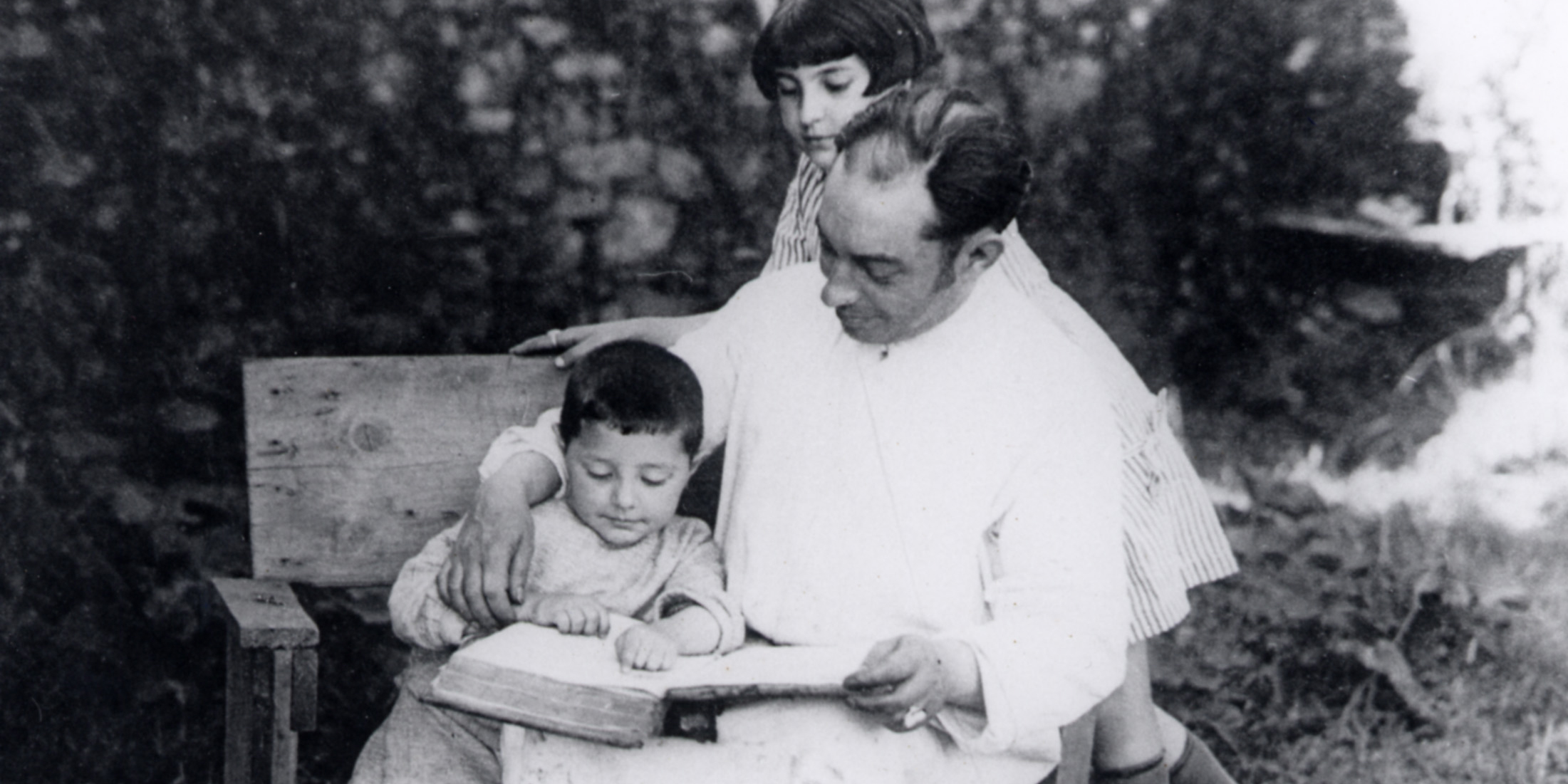 “We did such a lot together... his death was a tragic episode in that time of violence”. 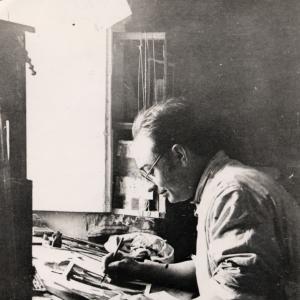 Buenaventura Díaz Baliño, stage designer, painter and illustrator, was one of the most important theatre set designers in Galicia in his day. He was born in Ferrol on 15 July 1889 and died at the hands of the regime on 14 August 1936. He was the eldest of his brothers and sisters, Indalecio, Germán, Ramiro, Camila, Joaquín and Dolores, a number of them artists. His initial studies were in La Coruña, in the college of Dequit and the School of Arts and Crafts.

He was one of the most important stage designers at that time in Galicia.

At the age of 16 he received a grant from the Provincial Council of La Coruña to study art in Madrid, but financial problems forced him to return to La Coruña. Three years later he returned to the capital, this time under contract from the Ministry of Grace and Justice. He studied stage design and won a position that allowed him to travel around Spain and Europe, gaining important experience and training in this area.

After studying in Madrid, he travelled around Europe, where he gained significant experience and training as a stage designer. 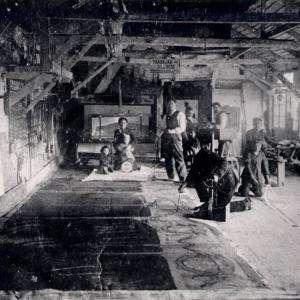 On returning to La Coruña, he began to receive recognition for his stage designs, and won a place as Draughtsman in the Provincial Council of La Coruña. At the same time he worked on stage decoration and design in the artistic workshop he created with his sister Lolita and his brothers Indalecio and Xermán. This economic bonanza allowed him to get married in 1912 to Antonia Pardo Méndez.

In 1916 he began his employment relationship with Isaac Fraga Penedo, an important empresario in the world of cinema and theatre, who made him responsible for the “factory of propaganda and artistic stage decoration”.

The partnership with the Fraga company led his family to move to Santiago de Compostela in 1920, where his son Isaac was born.

This partnership led his family to move to Compostela in 1920 where Camilo established his workshop in the Casa da Tumbona on Rúa Hortas. His son Isaac was born there that year, with Fraga Penedo as godfather. 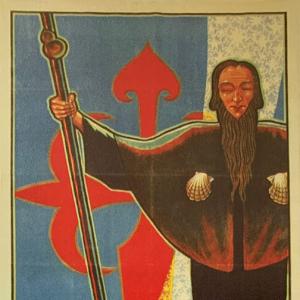 Fraga’s company would have as many as 64 theatres in Spain and even its own advertising weekly, Luz, which was edited and designed by Camilo. However, a bad financial decision by the owner would lead to its bankruptcy in 1924.

Starting at this time, Díaz Baliño would begin to give drawing classes at the Gelmírez Academy. He applied for a position as draughtsman at the Council of Santiago while he created the posters for the Festival of the Apostle and the covers of the collection of short stories Lar. As a stage designer for the Coral de Ruada choir, he travelled around the Americas for five months in 1931. During his absence, he loaned his workshop to his friend Ánxel Casal to set up the printer Nós, while his wife and children had to move to a new home on Rúa Carretas.

During the campaign for the Charter of Autonomy, the stage design workshop would operate as a centre for the production and dissemination of the cause. 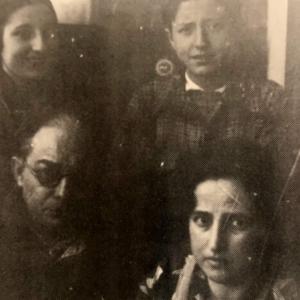 In 1936, Ánxel Casal would be appointed Mayor of Santiago, Camilo being one of his trusted assistants. During the campaign for the Charter of Autonomy, Camilo’s stage design workshop would operate as a production and awareness raising organisation for the cause. In August, with the triumph of the military coup, Camilo would be arrested and moved to prison. He was murdered on 14 August that year in Palas de Rei.

With the triumph of the military coup, Camilo would be arrested and moved to prison. He was murdered on 14 August that year in Palas de Rei.

Days before his death, Camilo sent his son Isaac a sheet of paper from prison with this poem anticipating his fate:

I set a little star
on my son’s head,
forged in brotherhood
and I want to see the light of that little star shine
until it blinds.
Let the others see in that little star
the light of Freedom.
Let them see that the most beloved treasure
has its own brightness.
Little star of love,
star of my home,
I have always held you as a relic
of Earth, God and Mother.
I now leave you trapped in my son
for ever and ever. 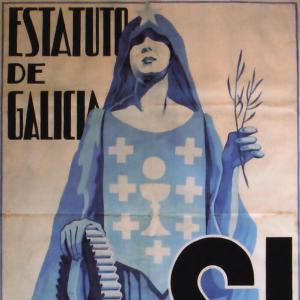 According to Luis Seoane in his biography of Camilo Díaz, the stage designer belonged to a group of creators influenced by Art Nouveau, such as Castelao or Federico Ribas.

Among his many stage designs are those for: La reina Lupa by Manuel Vidal, Lubicán y Trebón by Armando Cotarelo, Raíña e o fidalgo by San Luis Romero, O Mariscal and A man da santiña by Cabanillas and Antón Vilar Ponte. As a graphic artist he illustrated the collections of literary works Lar and Céltiga and periodicals such as A Nosa Terra, as well as Galician publications in the Americas (Galicia, Terra galega, El despertar gallego…). In 1929 he wrote and illustrated Conto de guerra.

His workshop/museum/study/library was a meeting point for intellectuals and artists of three generations. 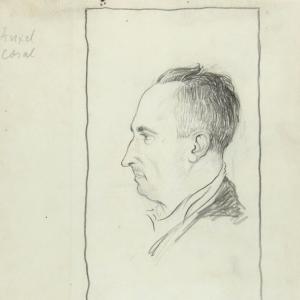 His legacy was preserved by his son Isaac Díaz Pardo and donated in 2011 to the Library of Galicia of the Galician City of Culture. It can be consulted in the Galiciana virtual library.

It includes 200 photographs, short stories, a small library, 10 albums that gather together all his professional activity in the Americas, as well as around one hundred letters, personal documents and a series of drawings of his fellow prisoners, made only days before his death.