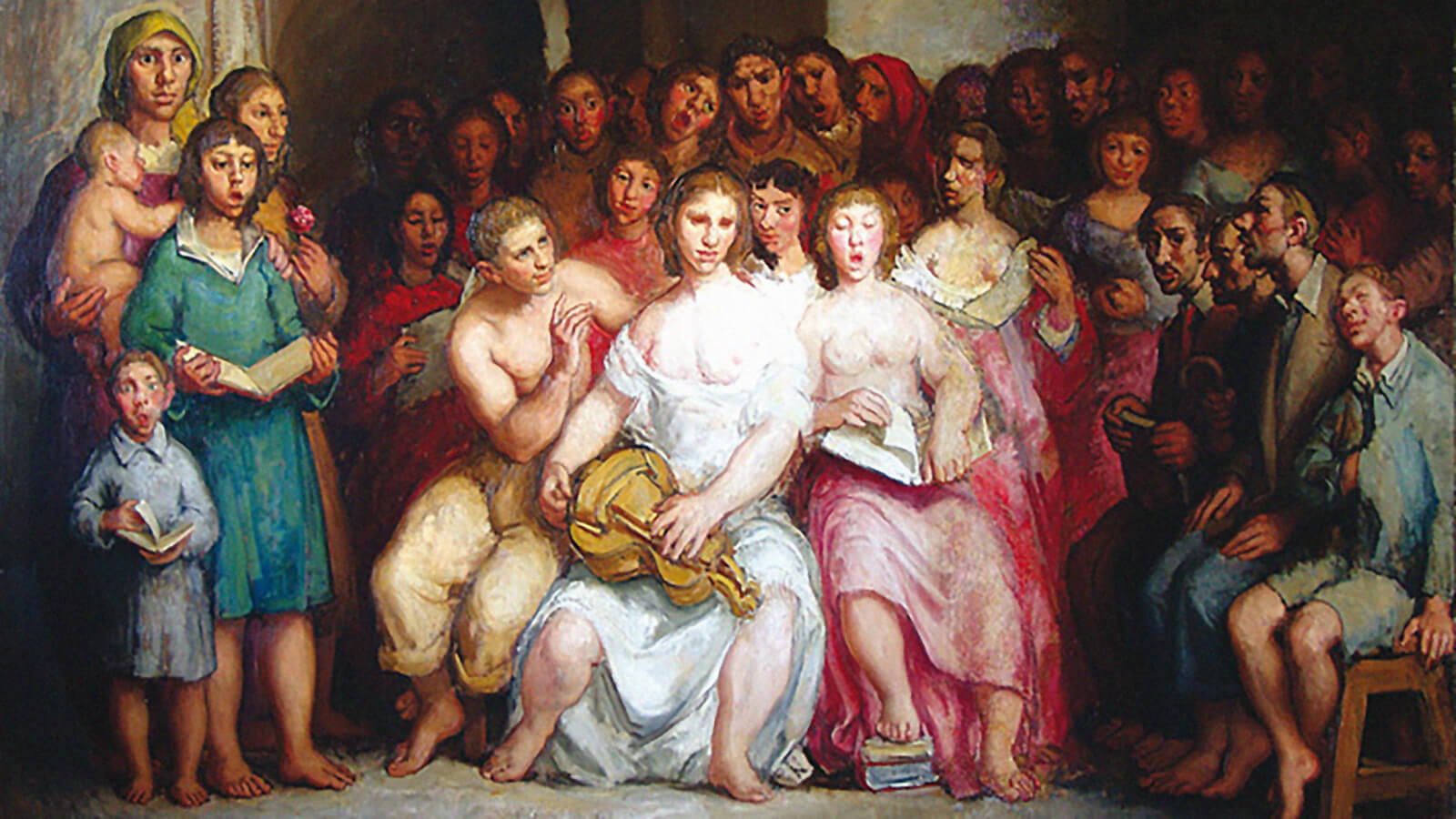 “I became a painter because I didn’t have any alternative. I had to make my way.”

To deal with the relationship between Díaz Pardo and painting we have to go back to its origins and what Isaac experienced in his father’s workshop when he was a child. Camilo Díaz Baliño, a leading stage designer, made use of his son to help him on a number of projects, in particular his participation in the posters in favour of the Charter of Autonomy in 1936. During these months, Isaac dreamt of studying architecture; but the dramatic events experienced by his family following the murder of his father at the hands of the rebels in July 1936 would condition his decision to study Fine Arts, the cheaper degree.

To deal with the relationship between Díaz Pardo and painting we have to go back to its origins and what he experienced in his father’s workshop when he was a child. 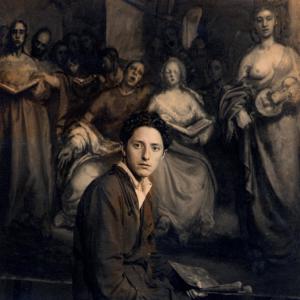 In the initial stage of the war, Isaac was hidden for 6 months in the house of his uncle Indalecio in La Coruña. He then began to work as a labourer in Casa Bianchi, where he painted signs. 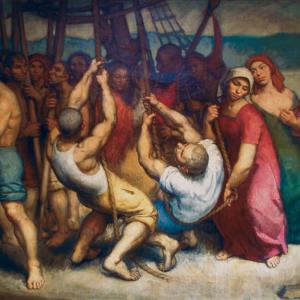 In 1939, thanks to a grant from the Provincial Council of La Coruña, he moved to Madrid and began his studies in Fine Arts at the School of Fine Arts of San Fernando. In fact, when there he would make his mark as a hard-working and outstanding student; he completed the four-year course in two years. In 1941 Isaac was chosen to participate in a course on industrial design run by Carlos Sainz de Tejada. It was not very productive, but proved key in awakening his interest in industrial design and ceramics. Díaz Pardo would complete his training with a study trip in 1942 to Italy. He then left Madrid and moved to Barcelona, where he worked as an assistant professor of drawing at the San Jordi School of Fine Arts.

In 1939, thanks to a grant from the Provincial Council of La Coruña, he moved to Madrid to study Fine Arts. 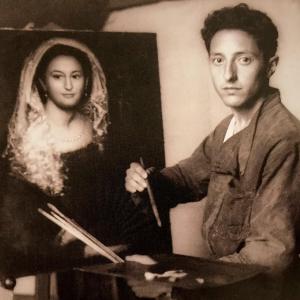 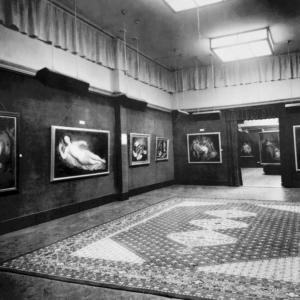 The 1940s, the first period of his pictorial work, were defined by the specialist Mª Luísa Sobrino as the “Academic Period”. His work was greatly influenced by the classics of the 15th and 16th century. It would feature the important presence of the female figure (this would be constant over the years), together with still lifes and large-format compositions.

At this point of success in his career, Díaz Pardo decided to abandon this type of painting and explore other forms of creativity. The reasons for this rejection, which have been commented many times, can be summed up as a mixture of ideological issues, the exhaustion of an artistic path and the influence of the new avant-gardes.

At this point of success in his career, Díaz Pardo decided to abandon this type of painting and explore other forms of creativity.

The artist himself, in a text entitled “O meu cabalete” (My Easel) included in Unha presa de debuxos feitos por Isaac Díaz Pardo de xente do seu rueiro (A set of drawings by Isaac Díaz Pardo of people of his community) (Buenos Aires, 1956) explains very clearly the reasons for this rejection.

Specialists divide his painting into three periods: academic; one influenced by the Renewal Movement; and a third called the South American period.

Following María Ruído, we can establish two subsequent periods in the pictorial work of Díaz Pardo: 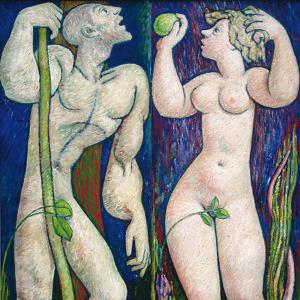 Second period: 1949- 1955 Outside his professional interests, it was characterised by the influence of the Renewal Movement, particularly Maside and Colmeiro, as well as Renoir and Cézanne. Thematically he continued to use the female figure, associated with the mother, the motherland and fertility.

1955-1971: The South American period, with stays in Buenos Aires while he set up the Magdalena Factory. It was time of major aesthetic development, influenced by direct contact with international art and with Luis Seoane. Socially relevant subjects appeared, showing workers, peasants, etc., with plain colours, straight lines and well-defined silhouettes.

1962-1971. This is a sub-period within the above, characterized by the use of eschatological subject-matter (death, religion, etc.) and the world of couples:

Isaac would hold his last exhibition, called “Pinturas e fracasos” (Paintings and Failures) in 2011 in the Casa da Parra in Santiago de Compostela.

Isaac would have his last exhibition, entitled Pinturas e fracasos (Paintings and Failures) in 2011 in the Casa da Parra in Santiago de Compostela. The exhibition represented a review of his career, with works ranging in time from 1944 to 2004. Most of his work is in private collections, or the collections of the Abanca Foundation and the Provincial Council of La Coruña.