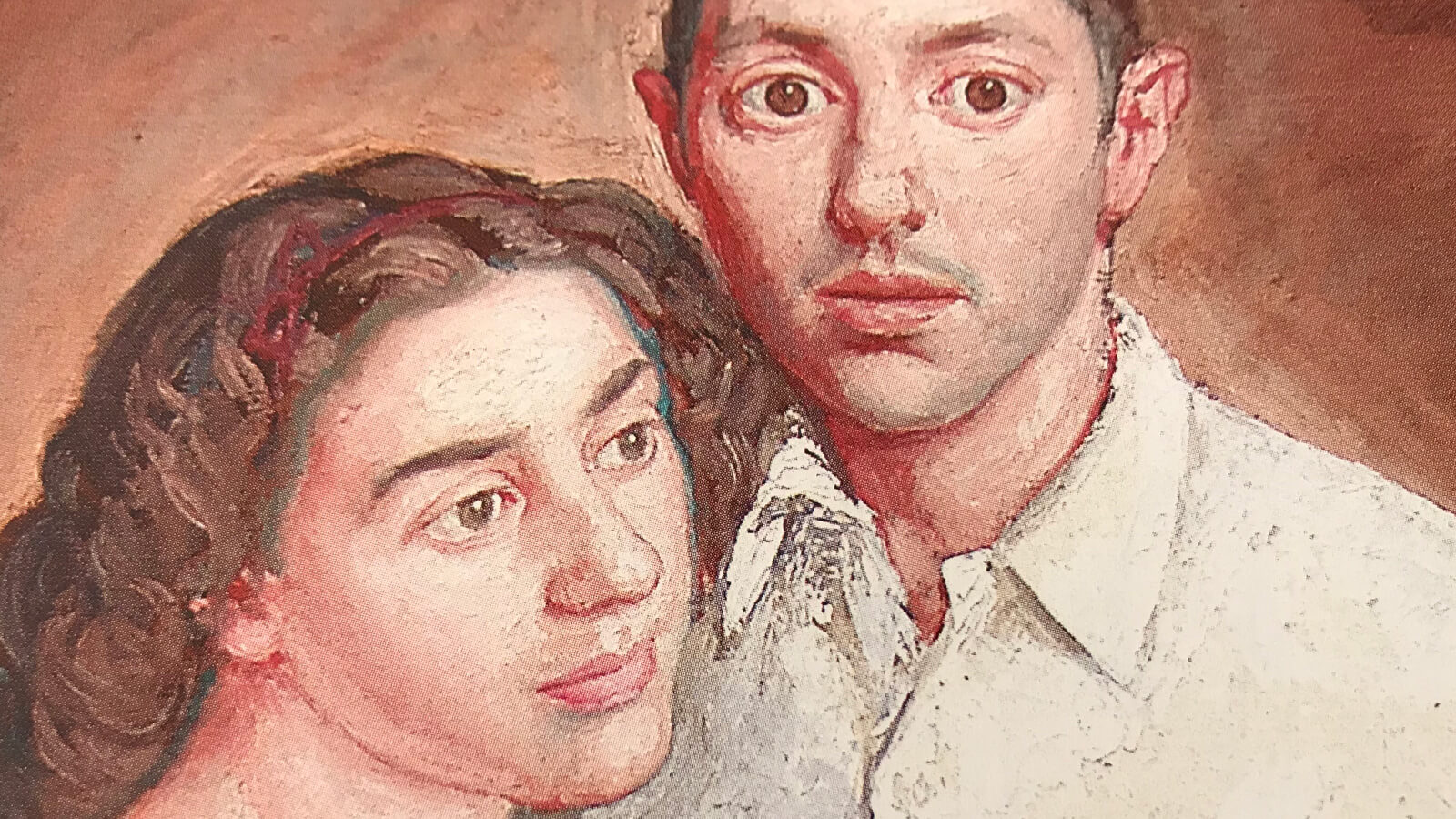 “Mimina is faithfulness, it’s loyalty to the end. To a man? To a life project? Maybe to both...”

She drew, painted watercolours and was responsible for the porcelain jewellery lines of Sargadelos; and she was Díaz Pardo’s lifetime companion for over 70 years. 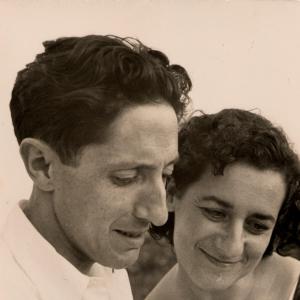 She drew, painted watercolours and was responsible for the porcelain jewellery lines of Sargadelos; and she was Díaz Pardo's lifetime companion for over 70 years. From the time they met as young people, Mimina was crucial at the most important times of Isaac's life: when he was a painter in Madrid; at the beginnings of Castro; at the start-up of the Magdalena plant and the birth of Sargadelos; as well as being the mother of his three children and the ideal host of all the visits they received at home.

She was the third of four children of a conservative Catholic family. Her parents were the lawyer Alicio Arias de Castro and Blanca Montero de Doiztúa. The family spent the winters in the centre of La Coruña and the summers in their country home in Castro de Samoedo, Sada (province of La Coruña). From an early age she began to receive drawing and watercolour classes from the painter Dolores Díaz Baliño, where she met Isaac Díaz Pardo, who was her nephew.

Start of the relationship with Isaac and marriage 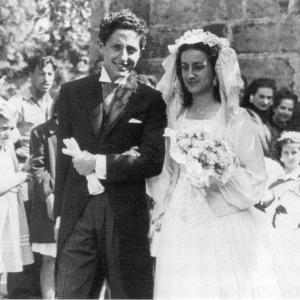 Mimina will for years maintain a close friendship with “Lolita”, her teacher: she would be her assistant in the drawing classes in the Instituto Eusebio da Guarda in La Coruña and later they would be fellow-students at the San Fernando School in Madrid to study Fine Arts on a part-time attendance basis.  At that time she and Isaac were engaged and they were able to see each other in the trips she made to Madrid, where he lived. Her father did not approve the marked left-wing politics of Isaac and tried to prevent their meetings, which meant that Carmen could not complete her studies.

Mimina married Díaz Pardo in 1945 and moved to Madrid to share the painter’s life in the capital. 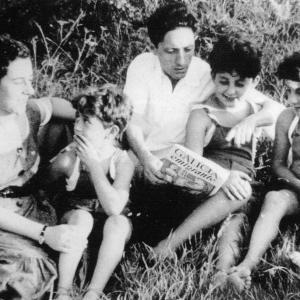 True to her character, Mimina married Díaz Pardo in 1945 and moved to Madrid to share the painter’s life in the capital.

After participating in a few collective exhibitions and receiving prizes, the birth of her three sons Camilo, Xoxé and Rosendo in little more than 3 years forced her to abandon her artistic activity.

Her role in the companies 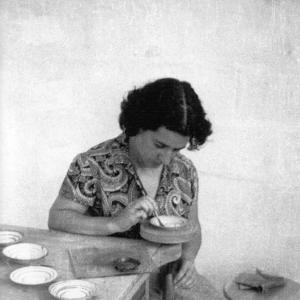 On their return to Galicia in 1949, they settled in her family’s country home (Pazo) in Sada, where Díaz Pardo would begin a ceramics laboratory which was to give rise to Cerámicas do Castro. Her role would be key in this project. Her knowledge allowed her to set up the porcelain decoration workshop.

Castro proved a success and Isaac was invited to create a ceramics factory in Magdalena, 108 kilometres from Buenos Aires. Mimina remained in charge of Castro and their three sons. In 1958 she joined her husband in Magdalena, where she took charge again of the decoration workshop and trained the workers.

Mimina was key at the most important times of Isaac’s life: in the early days of Castro, in the start-up of Magdalena, and in the birth of Sargadelos.

This stage was particularly tough for her. She was far from her land and her children, and travelled constantly. 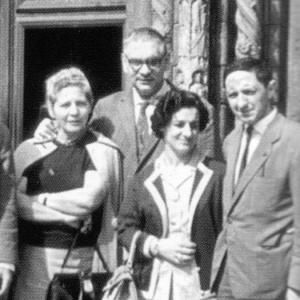 Maruxa, the wife of Luis Seoane, was an important friend for her in those years. It was a friendship that would last forever.

At the end of the 1960s, the South American adventure came to an end and their forces were focused on the creation in Lugo of the Sargadelos factory in 1970. Mimina helped in the decoration department and created Placas María, a line of porcelain jewellery painted in detail by hand, which was a great success. 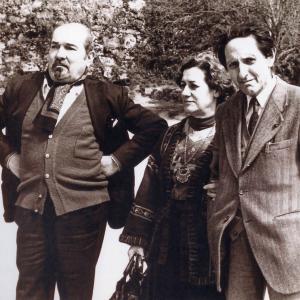 During all their life together Mimina constructed an impressive archive covering her husband’s work: albums of press cuttings going back to when Isaac began to make his mark as a painter, until his last interviews before his death. It is a further symptom of her commitment to Díaz Pardo: a companion in his travels, life, successes and failures.

Her commitment to Díaz Pardo was complete: a companion in his travels, life, successes and failures.