“Neira Vilas was nation building in the diaspora for nearly half a century, as a cultural bridge between Galicia in Spain and Galicia in the Americas.” 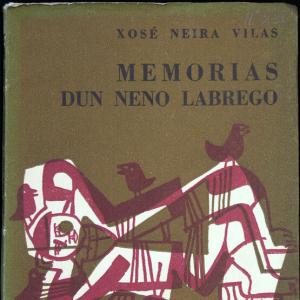 Storyteller, essayist, journalist, poet, orator and conversationalist. He was a member of the Royal Galician Academy, has an honorary doctorate from the universities of La Coruña and Havana and is a Distinguished Son of the Council of Vila de Cruces. Among his awards are the Castelao Medal, the Laxeiro, Pedrón de Honra and Trasalba prizes, the Spanish Critics’ Award and the Galician Critics’ Award for non-fiction.

Xosé Neira Vilas was born in the Casa del Romano, in Gres (Vila de Cruces, Pontevedra), where the foundation that bears his name is now located. From a peasant family, he spent his childhood and youth combining school and later business studies with farm work.

He spent his childhood and youth combining school and later business studies with farm work. 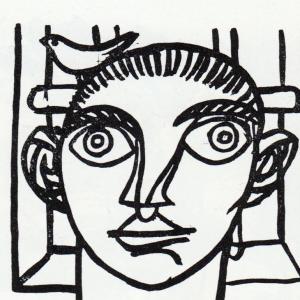 When he was little more than 20 years old he emigrated to Buenos Aires, where he continued to study by himself and worked in a variety of jobs, while mixing with exiled Galician intellectuals such as Luis Seoane and Rafael Dieste.

In 1953 he founded the Juventudes Galleguistas (Galicianist Youth) and wrote articles for the periodical Adiante. In 1954 he met Anisia Miranda at a lecture by Suárez Picallo on Rosalía de Castro. He was to marry her some years later. In 1956 he took part in the First Galician Congress of Emigres and in 1957 together with his wife he created the publisher Follas Novas, which distributed Galician books across the Americas.

When he was little more than 20 years old he emigrated to Buenos Aires, where mixed with exiled Galician intellectuals like Luis Seoane and Rafael Dieste. 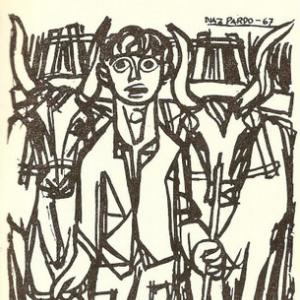 It was then that Neira Vilas met Díaz Pardo, who had just moved to Buenos Aires to begin the project for the Magdalena ceramics factory. Their relationship would last over 50 years and was written about by Neira Vilas in his book Isaac Díaz Pardo, a chronical of a fruitful friendship, including nearly 300 letters between the two.

In 1955, Neira Vilas met Díaz Pardo, who had just moved to Buenos Aires to begin the project for the Magdalena ceramics factory. Their friendship was to last over 50 years. 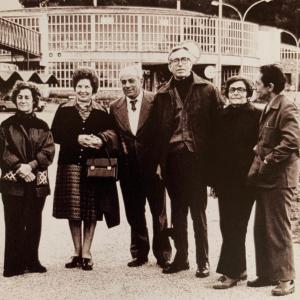 In 1961, the couple decided to move to Cuba, where Xosé Neira Vilas, who was committed to the revolution, worked at the Ministry of Industry, then run by Che Guevara. He also founded and managed for 22 years the Galician Section of the Institute for Literature and Linguistics of the Cuban Academy of Sciences. The Cuban adventure lasted until 1992, when Anisia and Xosé returned to Galicia. Initially, they would live at the Galician Institute of Information, in San Marcos, at the invitation of Díaz Pardo. They then settled in Gres.

In 1961, Neira Vilas and his wife Anisia decided to move to Cuba, where they lived until 1992, when they returned to Galicia.

Xosé Neira Vilas was author of more than 50 works. His Memorias dun neno labrego (1961) was the best-selling and most-translated Galician literary title. His other books include: Historias de emigrantes (1968), Cartas a Lelo (1971) and Querido Tomás (1980).