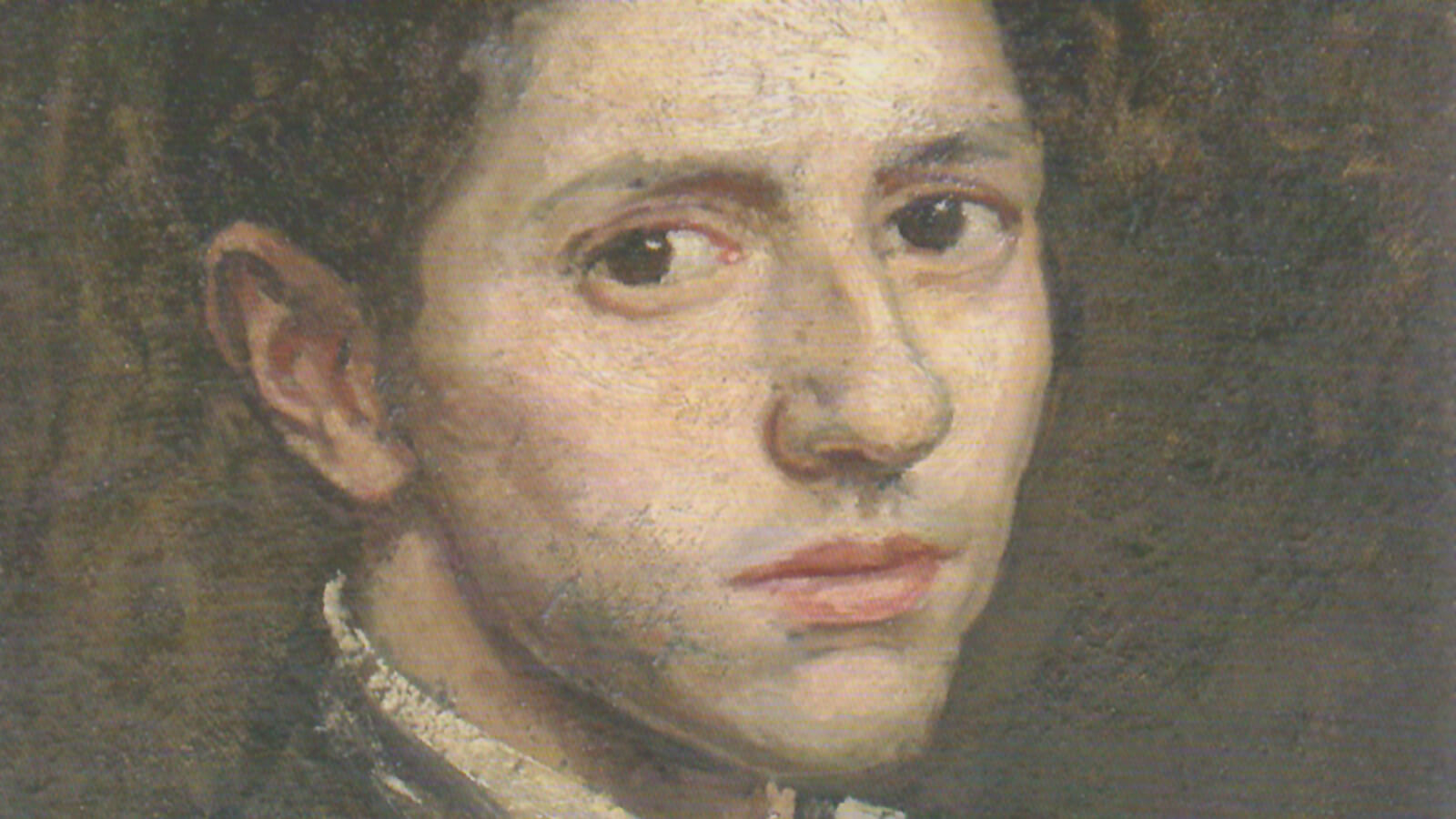 “I’m a ninety-year-old man who has never stopped working.”

“I was born in 1920. When I was sixteen years old, my father wanted me to be an architect. I liked the idea, but then my family was ruined and I had to make do with something cheaper: Fine Arts.

Hunger quickly guided me, but even though I was earning a living as a painter, I realised that this was not my way; in around 1949 I took up ceramics, where I also found more failures than successes.

I was earning a living as a painter, I realised that this was not my way; in around 1949 I took up ceramics.

In 1955 I went to the Americas to improve my situation as a ceramicist; and also to connect with many of the political exiles we had received news of. Some of them we knew from before the Civil War in my father’s workshop; one of them, Luis Seoane, was who interested me most. In fact, I had already worked with him in his magazine Galicia Emigrante.

In 1955 I went to the Americas to improve my situation as a ceramicist; and also to connect with many of the political exiles.

But I also met others before the war: Blanco-Amor, Rafael Dieste, Loís Tobío, Arturo Cuadrado… together with others they formed a group of exiles who knew very well what had to be done when they returned to their homeland. Seoane, and particularly myself, took careful note of what they thought, and that is how the Laboratorio de Formas was created, which was to implement many of these ideas. Apart from this fellowship with Luis Seoane, there were some half a dozen failures in my life.

Regardless of the painting, drawings, the posters of the blind man and this set of ink drawings known as “Xentes...” (People), works that belong to me as author, a study on the failures that I had in my life could help explain how a man of ninety years old who did not stop working and justify this last exhibition in my life, which at the same time has the goal of supporting the people of Galicia.

In the year 1980, for No. 41 of the series “Documentos” published by Ediciós do Castro, I wrote a book recalling the events I had lived through. On the back cover, which normally includes comments on the contents of the book, here they were about the author. Any merits of the book were not mine, but rather of historical events. So I dedicated the back cover to discovering the negative processes around me since I was born at the Tumbona house.

In the year 1980, for No. 41 of the series “Documentos” published by Ediciós do Castro, I wrote a book recalling the events I had lived through.

The book did not come out well, but at least my dear and ill-fated friend, the architect Carlos Mejide read it. He called to tell me: “So you don’t have recognition for your work? Well, the Regional Government (he held some position in it) has just awarded you an important prize, and you won’t be lacking recognitions in the future.” In fact, from this point, as if it were a premonition, prizes and awards of all types began to rain down on me. Some, such as the idea of my dear and admired friend Ramón Villares, as Rector of the University of Santiago de Compostela, consisted of no less than investing me with an honorary doctorate, something that made me very proud. In the year 2007, another dear and admired friend, the Rector of the University of La Coruña, José María Barja, did not want to be left in the wake of Santiago University and also granted me an honorary doctorate.

The recognitions I received and the awards I was given began to touch my conscience. I suspected that most of the merits were not mine.

The recognitions I received and the awards I was given began to touch my conscience. I suspected that most of the merits were not mine; they were transferred through the great work of Sargadelos, whose products people admired, and through the talent and the knowledge accumulated by Luis Seoane, which to my conscience was another failure, as Seoane was no longer of this world and I received a recognition for the significance of the Laboratorio de Formas, which in most cases did not belong to me.

I wanted to work with friends and normal people who would contribute their normality, but I also failed in this; those that I brought together with this idea filed a case against me in 1970, a case relating to “my merits...” It was a case that lasted ten years and in which I was condemned by what I said about the prosecutor; it cost me a large number of pesetas, but the case ended because it was presented badly.

I continued to live from ceramics, but my intention was to add something more.

I continued to live from ceramics, but my intention was to add something more. I remembered the blind men, the posters drawn with the sequence of crimes that they announced in the young people’s fairs in Santa Susana. They inspired me to make some posters of a blind man; but, at the same time, I studied making a robot that could recite them, move its mouth, play the violin and a have a system that illuminated the posters that it sang about. That robot worked.

For the Industrial Fair at Ferrol, which we attended every year and where we received a great deal of respect, there was one year in which we tested the robot in Sargadelos. When the director of the Ferrol fair found out about the project, he decided to mount a spectacle with a great shed that was to be built by the state-owned industrial group INI and that year was not being used: the robot would be in the centre of the room while ceramics, in their display cases, were to be on the walls. This began to worry us, as the posters had a certain political stance, clearly criticizing the screw-ups of the regime, and it the authorities of the regime would see themselves portrayed in the posters of the blind man and take reprisals. The opening day of the Fair arrived and they were there in the INI pavilion, to see the robotic posters of the blind man, in the presence of a number of admirals presided over by the Navy Minister. They watched carefully a robot working and dedicated a great applause to it; and the director of the Fair wanted the ministers and others to get to know me better. And all these things represented another failure, as the posters of the blind man did not manage to communicate their critical stance. The Laboratorio de Formas involved a great deal of universal constructive creation, but also the philosophy of our existence. Its culture came from way back and could serve the world as an example of our history and its nature.

In 1963 the first manifestation of the Laboratorio was launched with the creation of Ediciós do Castro.

In 1963 the first manifestation of the Laboratorio was launched with the creation of Ediciós do Castro. The company Sociedade Cerámica de Sargadelos, SL, was also created. It was to recover to a certain extent the idea of Antonio Raymundo Ibañez in the local area of Sargadelos. We lost no time in assigning the project to the architect Andrés Fernandez-Albalat, who designed the circular plant and who at the time already formed part of the Laboratorio with us.

The collaboration with Luís Seoane was exceptional.

The collaboration with Luís Seoane was exceptional. The first pieces that emerged from the new Sargadelos were conceived by him. He first made a dove to store the love herbs of San Andrés de Teixido; but what was truly wonderful were the 18 jars representing the same number of medieval Galician characters, starting with Priscillian, who was beheaded at the Porta Nigra (Black Gate) of Trier for heresy. None of us thought of doing something with such an exceptional idea that had carried with it the knowledge and love that Seoane had for Galicia. It marked the meaning of the development of Sargadelos.

In 1970 the Carlos Maside Museum of Contemporary Art was opened as an idea of Seoane, one of many.

In 1970, inaugurábase o Carlos Maside Museum of Contemporary Art, was opened as an idea of Seoane, one of many. That year the circular plant in Sargadelos was also opened with a congress on industrial design. It attracted architects and designers from far and wide. They all praised the technical accomplishments that could be achieved with computers, which with their perfect work would make designers unnecessary. Luís Seoane, as always, made a discreet, but inspired speech. After describing the knowledge he had from America of these devices, of pencil-lights, etc., he spoke of the perfection with which these machines worked, never making a mistake; but he perceived a disadvantage for creation because errors and doubts were what made humanity progress, and these were virtues that computers didn’t have.

Seoane died in 1979 at the age of 69. I still had to live another thirty years, to support the group of companies that had been created.

Seoane died in 1979 at the age of 69. I still had to live another thirty years, to support the group of companies that had been created.

It is true that my function, apart from creating some pieces or drawings, was that of putting out fires and clearing up messes, of which there were many in the companies.

I tried to be as faithful as possible to Luís Seoane, and be as generous as possible with the people who worked according to their responsibilities.

I tried to be as faithful as possible to Luís Seoane, and be as generous as possible with the people who worked according to their responsibilities. But that was not understood by everyone. Some took advantage of the generosity that Seoane had taught me to have. In 2006 they provoked a situation in which today the Sargadelos complex is still affected by; and which represented the most important and definitive failure of my life, as we were absolutely ruined, since I did not after that receive a single peseta from Sargadelos. In order to be able to live for these four years, we had to sell many things, including the flat we had in Madrid, which at the time served as a place for returning exiles and that had important stories attached to it, among them the death of Lorenzo Varela. These stories have not been studied, even though the documents related to them were there.

I decided to show these paintings that had remained, as failures that can be exhibited in a room. The last I painted was in 1971, with some posters of the blind man, because I had time in hand while the circular plant of Sargadelos was being set up and organised.

I didn’t pick up a brush for the next 40 years.

I think that somehow they reflect what was in my head, considering I didn’t pick up a brush for the next 40 years, and that during this time many failures were waiting to assume their definitive place in my existence.”