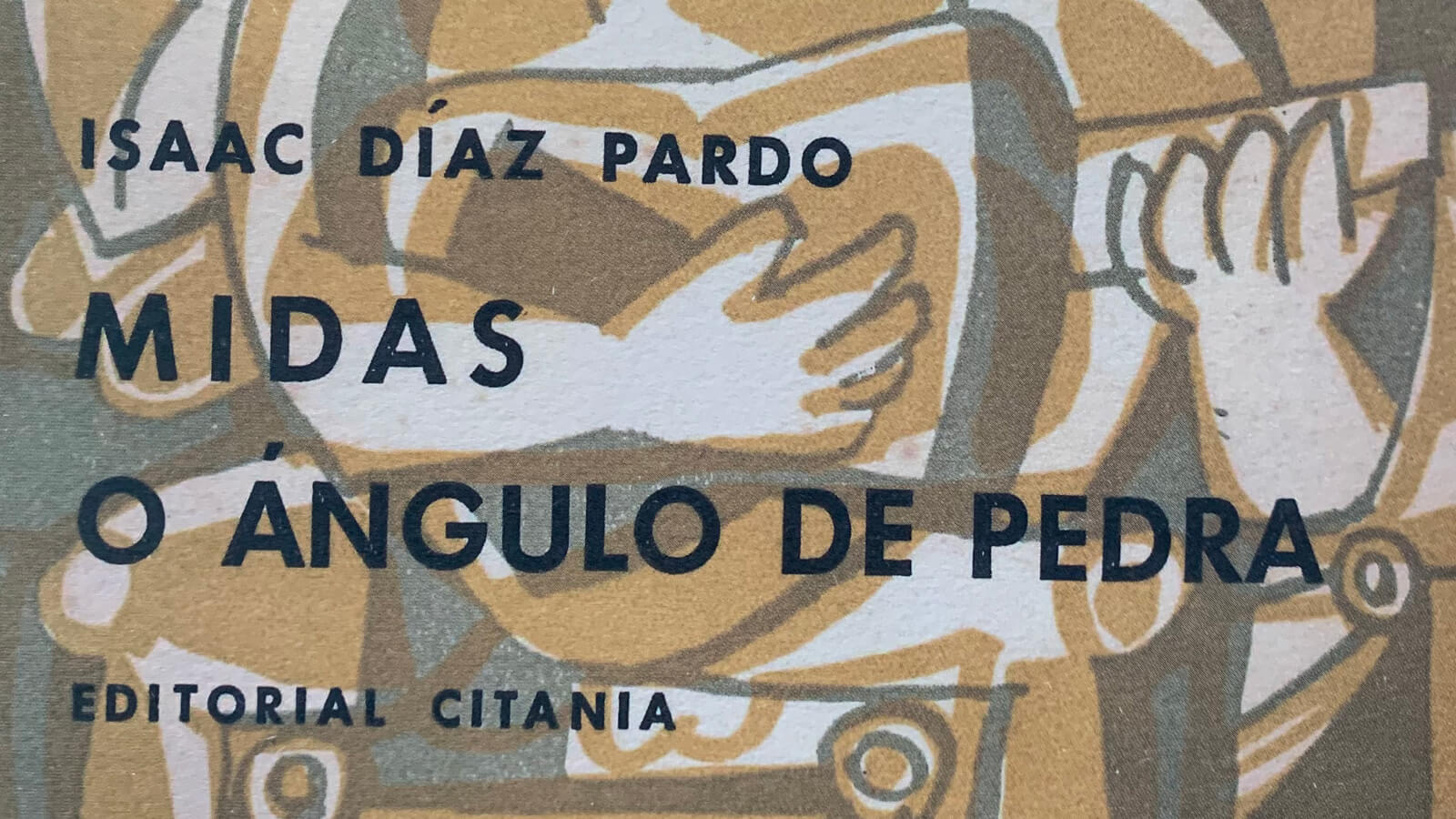 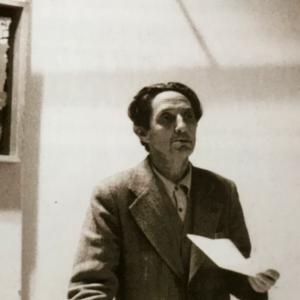 Isaac wrote all his life: poetry, plays, essays, chronicles and articles for newspapers, not forgetting the list of work rules in his factories, using an original and convincing language that may be considered a theoretical text on relations between work and production. 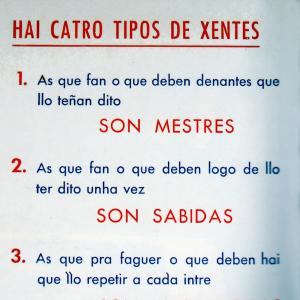 He produced over 10 books, as well as innumerable prologues, introductions, etc. for books by other writers. Almost until the 1990s he contributed articles on current events to the newspaper La Voz de Galicia. In 1999 he received the 41st Fernández Latorre award for the printed press. The letters he exchanged with Luis Seoane and other major figures, most of them still unpublished, include many keys for understanding the culture of the 20th century.

Isaac wrote all his life: poetry, essays, chronicles and articles for newspapers,

His poetry can be found in the magazine Aturuxo (Ferrol 1952/1960) numbers 6 and 7-8 (1955), written under the alias Xalo, with the titles Cacheno and A rapaza de Fontán que me pousa de modelo. At the bottom of the latter poem there is a note saying: “From the unpublished book Cantos a rapazas.” 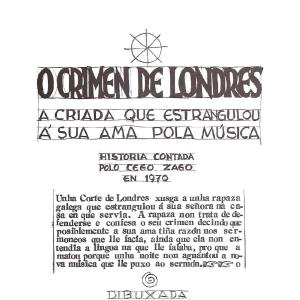 He produced over 10 books, as well as innumerable prologues, introductions, etc. for books by other writers. 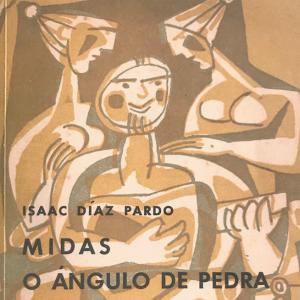 O ángulo de pedra and Midas, 1957 (theatre): He wrote these two classical tragedies in 1949 and 1951 in Castro de Samoedo. They were published together in Argentina by Citania in 1957, with illustrations and covers by Luis Seoane. They were premiered in 2018 by Lino Braxe with the support of the Provincial Council of La Coruña, which published a facsimile of the works for the occasion. 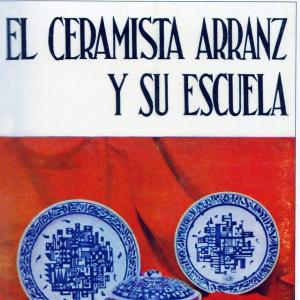 Discusión sobre la organización de industrias manufactureras (Discussion on the organisation of manufacturing industries), Imprenta Moret La Coruña, 1960. Dedicated to his colleagues in the factories of Magdalena and O Castro. As its title indicates, Isaac theorises on the creation of an industrial conscience in Galicia. It was banned by the censors and the book was seized shortly after publication.

El ceramista Arranz y su escuela (The ceramicist Arranz and his school), Ed. do Castro, 1964, Sada. On 28 pages, Díaz Pardo explains how he discovered the work of the ceramicist, offers a chronology, explains the meaning of his work and ends with a chapter with reproductions of his work. 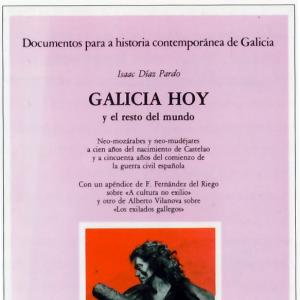 Galicia Hoy, Ed. Ruedo Ibérico, Paris, 1966. Coordinated by Luis Seoane and Isaac Díaz Pardo, under the aliases of Maximino Brocos and Santiago Fernández, respectively. The volume, consisting of numerous collaborations and reproductions of documents, included his view of the disastrous situation of Galicia from both the economic and cultural point of view.

Galicia hoy y el resto del mundo, Ed. do Castro, Sada, 1987. Understood as a possible continuation of Galicia hoy (1966), Díaz Pardo denounced the lack of memory he found in society, while offering valuable documentation on Castelao, Lorenzo Varela and recollections of key figures in his life: his father, Luis Seoane and Rafael Dieste. 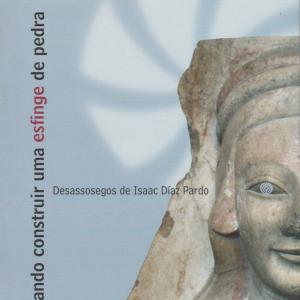 Tentando construir uma esfinge de pedra, desassossegos by Isaac Díaz Pardo, written in the reintegrated linguistic rules, in 2007 and published by Ed. do Castro. Dedicated to his father, in it Isaac explains that he is in a bottomless pit from which he observes how the biggest work of his life is coming apart. He has a poetic and surrealist dialogue with a stone sphinx, a “reincarnation of his utopias, his creative desire, the great work hidden behind the name of Laboratorio de Formas.”  The work is shot through with bitterness, deception and failure. 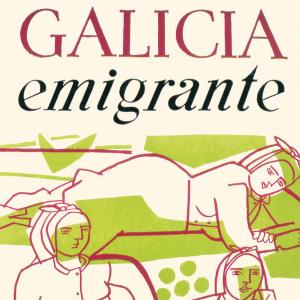 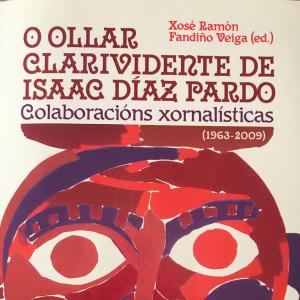 A good way of discovering his work in this genre is through the book O ollar clarividente de Isaac Díaz Pardo, published by the Consorcisteo de Santiago and Andavira Editora in 2018. Edited by the philologist Xosé Ramón Fandiño Veiga, it is a collection of Díaz Pardo’s journalistic contributions between the years 1963 and 2009: a total of 514 published in the magazines A Nosa Terra in Buenos Aires and in the Galician publications Faro de Vigo, La Región, El Progreso, El Correo Gallego and La Voz de Galicia.